Over the past couple of years, I’ve been developing my first comic book: The Standard.  It is a 6-issue miniseries, each issue being 28 pages long, and in color.  The first issue is due for release April 28th.

The Standard a story spanning across two generations.  One narrative is set in the past, in a colorful, cheery, Silver Age styled past, where superhero The Standard and his sidekick Fabu-Lad battle nefarious supervillains and giant robots.  The other narrative is set in a darker present.  The original Standard has retired, and the former Fabu-Lad has inherited the mantle.  However, this new Standard decided to publicly unmask, revealing to the world his alter ego, Alex Thomas.  Now, The Standard has sponsorship deals, a merchandising empire, and is a reality TV star, making him less a crimefighter than a celebrity.  But secretly, Alex is tormented by what he’s done to the Standard legacy.  He has grown obsessed with the case of a missing girl that nobody else seems to be interested in.  Can he remember what it means to truly be a hero?  Or does fate have other plans in mind for The Standard?

TheStandardComic.com, the official blog for the comic, has now launched.  I’d really appreciate it if you guys would check it out.  I’ll be updating the site daily on Monday-Friday, so there should be plenty of new content to look at.  I hope I can capture your interest enough to make you want to find out more, and perhaps get the comic once it goes on sale! 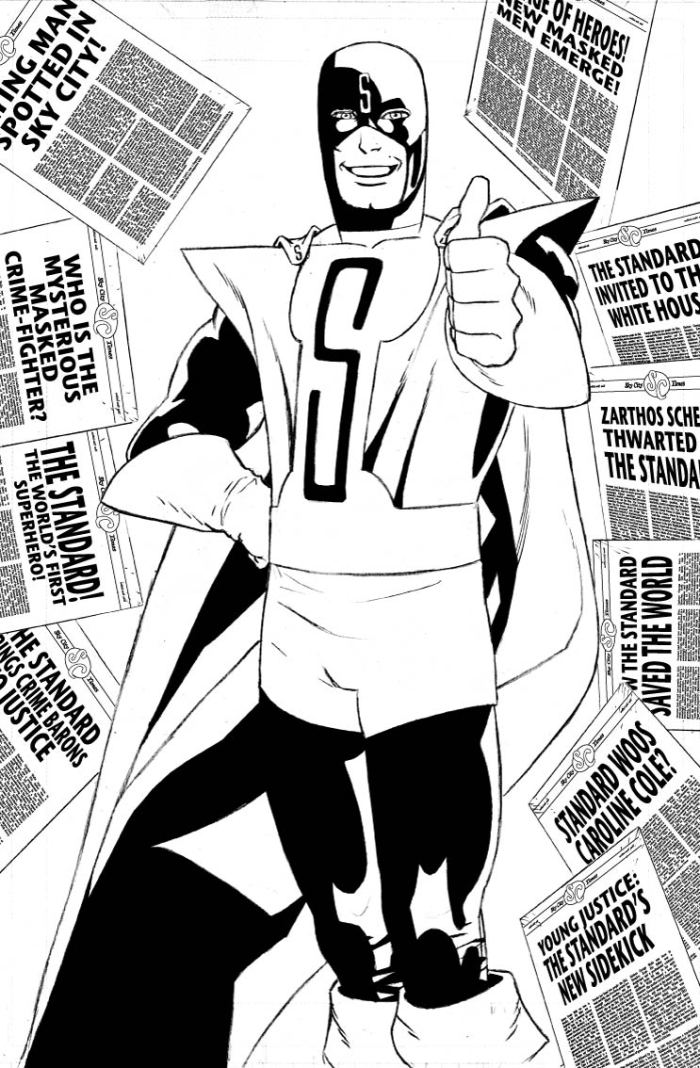