This review will likely be short, as I don’t really have much to say about Nightwing #1, bad or good.  Based on how much I’ve liked Dick Grayson’s portrayal throughout his run as Batman, and factoring in my enjoyment of Kyle Higgins’ work with the character in Gates of Gotham, I figured I might as well give Dick a try (enough with the dirty laughs, you pervs!) as he returns to the role of Nightwing in this new series for the DC Relaunch.

Kyle Higgins gives us some pretty good writing here.  It ticks the boxes of appropriate character development for Dick, and the story offers an adequate balance of characterisation and action, but the story doesn’t do anything to stand out.  The writing of Dick’s voiceover throughout the issue reads like someone giving a second-hand account of some of the masterful stuff Scott Snyder was doing over the course of his Detective Comics run, but not quite capturing the essence of it in the details.  But the idea is inherently interesting enough for it to still prove engaging even when not executed to full effect.

The artwork of Eddy Barrows faces a similar problem of performing competently enough but not really offering anything that stands out.  There are some stylish layouts on display, but they are overshadowed by some of the more ambitious stuff other artists such as Yanick Paquette, Travel Foreman and of course J.H. Williams III have done over the past couple of weeks.  And I’m not in love with small-headed character designs, either.  The flat colors of Rod Reis further dull the visual impact of the comic.  I will say the double-page spread during the opening sequence looks fantastic, though.

And, to be honest, that’s really all I have to say about Nightwing.  It didn’t really leave much of an impression on me either way, and so I didn’t find enough right or wrong with this to elaborate further.  Hardcore fans of Dick Grayson might enjoy it, but there are too many other books doing more to grab my attention for this to really stand out from the crowd. 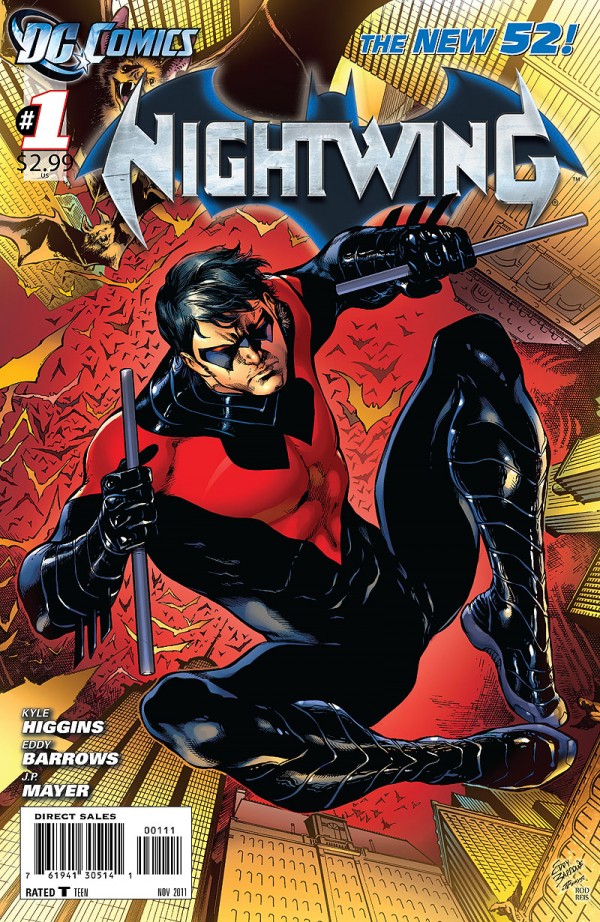