One thing that Grey Seal – a new graphic novel from writer Natasha Baron and artists Juan and Santiago Calle – most certainly doesn’t lack is ambition.  While making a polished single issue of a comic in itself is no small feat, here the creative team present 5 chapters and over 150 pages of story in this graphic novel, and it’s but the first chapter in what we get the sense is a much larger, grander story.  Natasha Baron has crafted an expansive mythology, and in this first volume of the Grey Seal story we sense that we are merely dipping our toes into this world, and experiencing the opening salvos of something epic in scope.

Our access character into this world is Lieutenant Commander Trevor Jones, army veteran who has been left crippled in a wheelchair after an assignment went wrong.  When I initially encountered this setup, I was dreading heavy Avatar parallels, but mercifully the storytelling in Grey Seal is much better.  The narrative deftly establishes a growing conspiracy, building up a world where no one can be trusted and everyone’s motives must be questioned.  The twists hit us at quite a frequent pace, making the expanded page count flow by pretty quickly.

I think that what anchors everything so well is the characterisation.  Trevor Jones makes for a compellingly flawed protagonist, understandably bitter at the crap hand life seems to have dealt him.  While some writers at times seem to feel the need to make disabled characters saints, Natasha Baron doesn’t hesitate to present an uglier side to Jones, with moments of self-pity or lashing out at those trying to help him.  It makes an interesting journey watching him try to slowly unearth his deeply-buried heroism.  The only real faltering note that stuck out for me comes a little over halfway through, when he suddenly seems to become angry and jealous about love interest Ming being a prostitute, despite being well aware of this from the start of the book.  It felt like manufacturing a conflict just because one needed to happen at that point in the story.  It’s a minor niggle, though, and one that only really stood out because the characterisation is handled so well elsewhere.

And really, calling Ming Xue a “love interest” is probably reductive, as she turns out to have a surprisingly deep arc of her own, and seems to become more and more intertwined in the larger narrative as the story unfolds.  Even the villains are far from cardboard cutouts, with Colonel Wagner driven by the search for his missing, believed-dead wife, and even the treacherous Vargas calling home to talk with his doting mother.

If anything, it’s in the foreshadowing of the larger narrative that the story stumbles a bit.  The main story with shady military figures and other parties trying to kill Trevor before he stumbles on a big secret was a compelling story in itself without the extra-terrestrial prophecies worked in.  If anything they might have made things a bit too busy, though the sense of numerous different parties wanting to get their hands on Trevor for differing reasons did add a certain exhileration to proceedings.  I think the bigger problem came with the visions Jones has in his dreams throughout the book.  I wasn’t clear exactly what these were supposed to be.  Flashbacks?  Repressed memories?  Premonitions?  Visions of alternate histories?  The answer that seems most likely is “all of the above”, as it certainly doesn’t seem to be a linear chronology of what happened to Trevor Jones in the past, as we have multiple clashing accounts of how he ended up crippled, and stories that don’t seem to gel together, or at least whose chronology is unclear.  Maybe multiple readings might clear things up, but this aspects was a little muddy to me.

The art is fine.  Duties are apparently split between Juan and Santiago Calle, with Juan handling layouts and character design, and Santiago tackling the lineart.  For the most part, the artwork is strictly functional, rather than being overly showy or inventive, but every so often the Calles get to cut loose with a spectacular establishing shot, and handle those big moments well.  Juan’s covers are also well-executed, offering nice tableaus that sum up the events in the chapter ahead.

Less successful is the colouring.  Five seperate colourists are credited as working on the book, and I think you get that sense of colouring-by-committee from the finished product.  Colouring is an artform in itself, and if you look at some of the current masters of the field, such as Laura Martin, Dave McCaig, Guilia Brusco, Nathan Fairbairn or FCO Plascenia, you’ll see how distinctive an aesthetic they contribute to their comics, and how well they compliment and bring certain qualities out in the lineart.  But that doesn’t happen when you have multiple people filling in pages, and the result is that it’s simply shades on top of lines, at points inconsistent.  It doesn’t actively detract from the art, fortunately, as I’ve known some colouring to do.

There are some minor flaws, but overall, Grey Seal made for an intriguing read.  I’d be interested to see where the story goes next, especially with the cliffhanger we’re left hanging on! 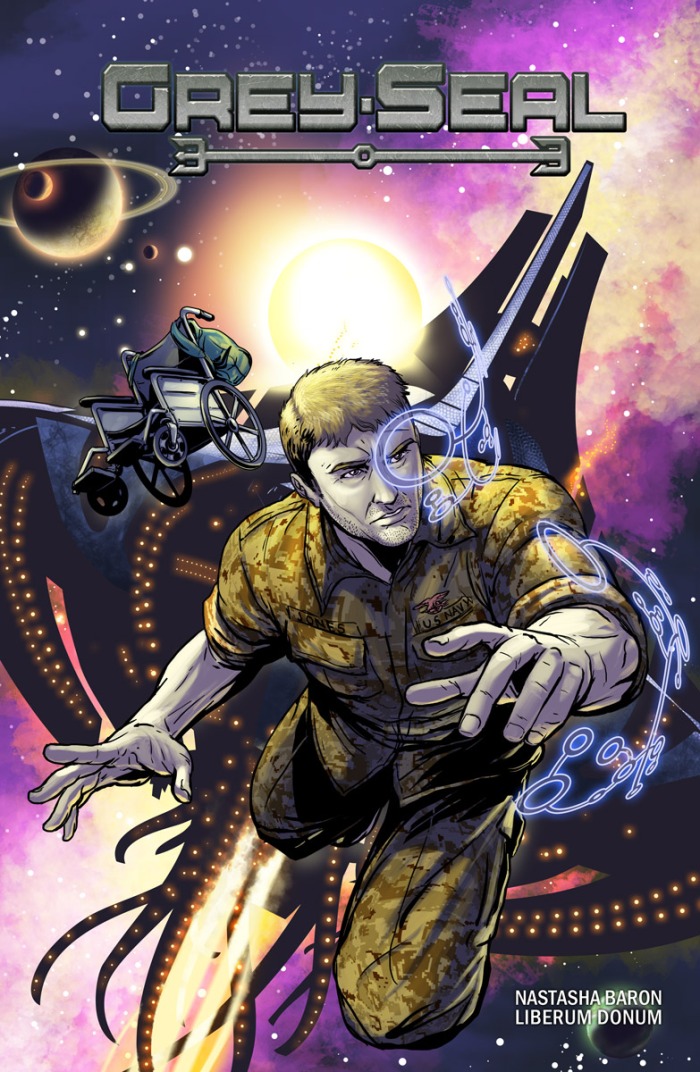