2013 is set to be a big year for comics.  Dependably awesome creators Scott Snyder and Jeff Lemire have new Vertigo titles launching in the coming months: The Wake and Trillium, respectively.  Rumours abound of Grant Morrison and Yanick Paquette uniting for a Wonder Woman: Earth One comic.  And then there’s Neil Gaiman’s hugely anticipated return to the world of The Sandman for the legendary comic’s 25th Anniversary.  All books that I am salivating to get my hands on.  So, it says something that none of these are at the absolute top of my “must-have” comics list for 2013.  No, the comic I’m looking forward to more than any other is one you most likely have not yet heard of.  Allow me to change that.  My most anticipated comic of 2013 is NeverEnding, by writer Stephen Sutherland and artist Gary Kelly.

As you may know from my constant mentions of it, I’m a member of a collective of Scottish creators called the Glasgow League of Writers.  GLoW is at its core a kind of writer’s circle for comics, where members submit their scripts to the agenda, and on meetings these scripts are discussed, and feedback and critiques are shared.  It has proven to be a highly rewarding enterprise, and over the past year-and-a-half or so I’ve built up a great community of peers and friends from this group, not to mention getting some invaluable insight into my own scripts.  But one of the big perks is seeing comics come to life, from their earliest fledgling stage as a first draft to a final, completed comic.  I got to see this happen with Gordon McLean’s No More Heroes: the first ever script reviewed at a GLoW meeting, now the entire 4-issue miniseries has been completed after winning a SICBA award for Best Comic Book at Glasgow Comic Con this past summer.

When Stephen Sutherland first joined GLoW back in, I believe, early 2012, he was known to us as the writer of Taking Flight, a well-crafted superhero drama oneshot with artist Garry McLaughlin, and his debut comic book.  Anyone reading Taking Flight could clearly see that it was the work of someone with talent, but when he started submitting his sophmore outing into the realm of creating comics, NeverEnding, I think we were all blown away by how great it was.  As good as Taking Flight was, NeverEnding represents as much of a quantum leap in quality of storytelling as Christopher Nolan took between Following and Memento, or Ben Wheatley took between Down Terrace and Kill List.  It’s the difference between the spark of potential and potential fulfilled, a shining example of a fledgling creator truly coming into their own.  Thus far he’s submitted 5 issues of the 6-issue miniseries for critique, but there’s precious little here to critique and thus feedback has mostly been “THIS IS AWESOME!”  I can say without shame that I look forward to new NeverEnding scripts more than I look forward to most actual comics!

I can’t go into too much detail about the plot, as it’s so packed with twists and turns that to give much away would spoil the fun.  But to give you the basic premise, NeverEnding is the story of Olivia Olsen, a teenage girl who never sleeps.  Never getting tired, and with full 24-hour days at her disposal, Olivia has had the time and energy to learn a massive range of skills, including various combat disciplines, which as much through boredom as anything else she has employed towards fighting local crime in her native city of Glasgow.  But from there, things spiral in increasingly wild directions, as the story progressively morphs from slice-of-life drama with a twist to adrenaline-pumping thriller to vast, elaborate conspiracy/spy saga, equal parts The Bourne Identity and Tinker Tailor Soldier Spy by way of Run Lola Run.  And it’s all done at an absolutely relentless pace, with the beginning of each issue following on immediately from the end of the previous one, with the narrative just constantly moving forward at breakneck speed and putting us the reader in the constantly-moving mindset of our heroine.  But it’s in the characterisation that NeverEnding truly shines.  Olivia Olsen is a fantastic protagonist, the kind of brilliant, nuanced female hero we supposedly don’t ever get in comics.  And she is blessed with an excellent supporting cast to interact with, as seen in both Olivia’s relationship with her father Daniel and in her romance with girlfriend Sarah Pickwick: which for me is the most compelling, convincing love story going on in any comic around right now.

The scripts were amazing, sure, but as we all know, a comic isn’t a comic until it’s drawn.  Enter Gary Kelly, a gifted artist who has brought a bombastic, energetic ’90s vibe to Stephen’s narrative, with a visual style somewhat reminiscent of Mark Bagley or Ethan Van Sciver while still having its own original flair.  Right now, I’m only able to share these character designs, as these are the only images from the project that have thus far been made public, but I’ve seen some of the sequential interiors, and it’s on a whole other level.  There is a pivotal double-page spread early in the first issue that I was curious about how an artist was possibly going to be able to pull off, but Gary does it panache, crafting a complex tableau worthy of Yanick Paquette.  This is going to be a gorgeous, professional-looking comic once it’s done.

At the moment, Stephen and Gary are preparing a pitch document for NeverEnding to shop around to various publishers.  In my humble opinion, this is an Image-quality story.  If I were to compile a “blacklist” for unpublished comics similar to the one Hollywood has for unproduced film scripts, NeverEnding would be right at the top of it.  Now, I don’t shill lightly: as someone who regularly reviews creator-owned comics, the last thing I want is to come across as someone who just writes puff pieces for my friends, and so that’s the last thing I’d do if a project wasn’t absolutely deserving of praise.  So I hope that illustrates just how highly I rate this particular project, and how invested I am in seeing it come to fruition.

A public service announcement to any comics publisher who might stumble across this writing: NeverEnding is a comic that is something truly special, and deserves to be a breakout hit of 2013.  Stephen Sutherland and Gary Kelly are creator you should be striving to seek out now, and this is a comic that would be a highly worthy addition to any publishing roster.  I stake my reputation on that claim.  And to any comics readers who follow my blog, and who at all value my opinion when it comes to comics…. trust me here, this is a comic that you very much want to read. 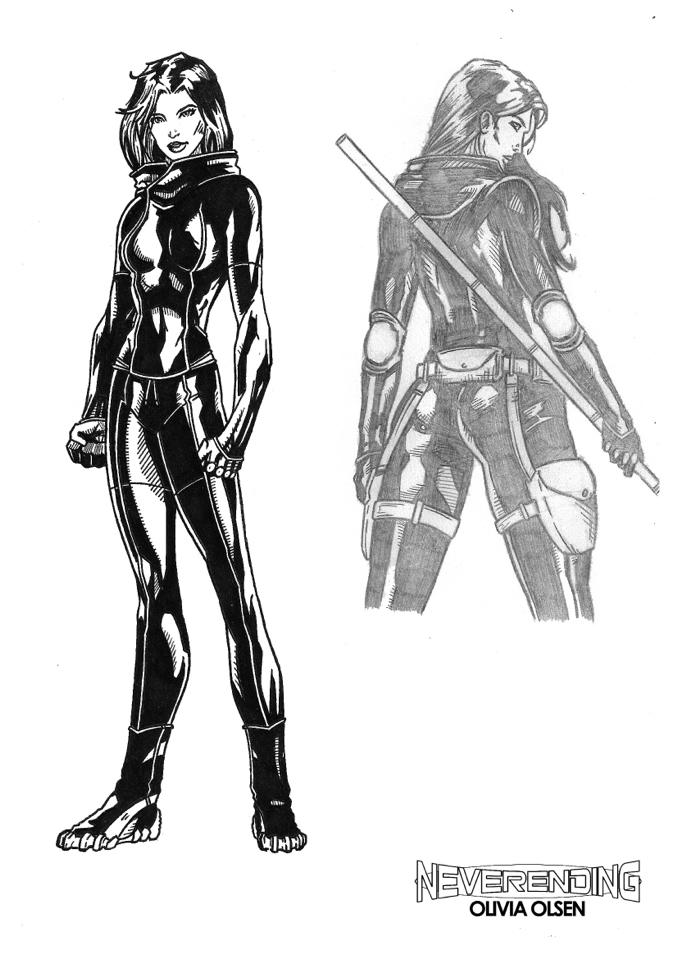 3 thoughts on “NeverEnding: My Most Anticipated Comic of 2013”