Wow, I just looked back through my backlog of review submissions, and I’ve got this monstrous trail going back almost a year!  And so I thought I’d try to put together a collection of quick reviews to work through it a bit.  Sorry to the folks I’m giving short thrift by doing this, but I feel like you guys have waited long enough…

MEADOWHELL: THE TRUE HORROR OF SHOPPING #1

This feels like a real missed opportunity to me.  Craig Daley has an interesting premise here, a surreal murder mystery with a dash of Sheffield regional flavour and Thatcher-era period subtext.  But it’s just utterly let down by the visuals on every level, from art that looks like it’s been drawn from ClipArt, colours that seem to come from MS Paint and lettering that seems like it was done from templates in Microsoft Word.  It utterly sabotages the story for me, and it took me so out of the narrative that I found it hard to get to the end.  What a shame.

Meadowhell: The True Horror of Shopping #1 is available from DriveThruComics.

This is an intriguing slice of grimy noir, telling the story of hard-bitten anti-heroine Lil as she stumbles across a mysterious bag that throws her carefree, drifting life down a dark, disturbing path.  Mike Young’s art is a bit rough around the edges, but there are moments – such as a forest chase sequence in the second issue – that evoke surprising beauty and a real sense of place.  And Marc Crane brings Lil to life as a compelling protagonist.  Fans of the Brubaker/Phillips school of “nasty things happening to nasty people” pulp storytelling may find something to enjoy here.

Lil is available to read for free online here, and a collection of the first 5 issues is available online or from Orbital Comics in London.

Defects was something of a mixed bag for me.  Chris Garrett’s story had its intriguing elements, and an unorthodox group of protagonists in the form of a ragtag gang of fugitive kids with powers on the run from the government institution they’ve escaped from.  However, Garrett makes a critical misstep of opening by having these kids murder the innocent family of a doctor they want to question, who they then proceed to torture (even though they acknowledge he was always kind to them), and thus any subsequent attempt to make these kids feel sympathetic falls utterly flat.  Having your protagonists do something so awful and potentially alienating is a potentially disastrous move at any time, but it might just have worked if Garrett had spent the issue making us feel compassion for them, then have them commit this terrible act in the first issue’s conclusion once we’ve built up to it, thus making us feel more conflicted.  As it is, potentially strong character work goes to waste.  On the visual side of things Rowel Roque’s art shifts back and forth from some stylish compositions to muddy, unclear sequences, though I think the overbearing colours of Jani Vuorenmaa could have something to do with it.  There’s potential for the story to recover in subsequent issues, but some early creative misfires have put it on the backfoot. 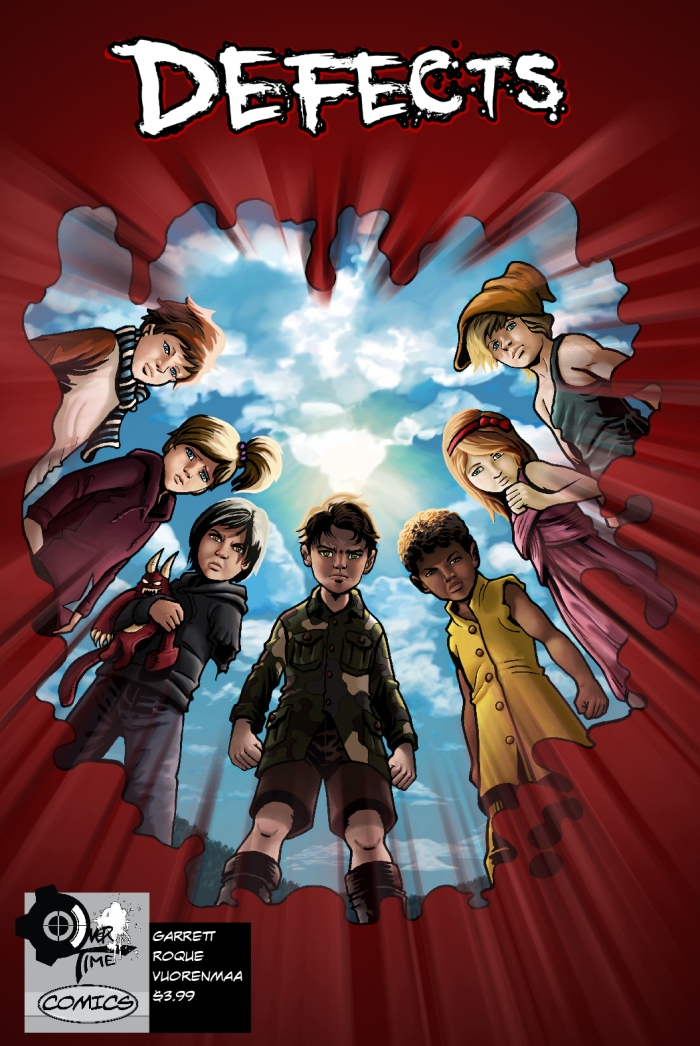 Defects #1 is available to buy from the Overtime Comics website.

Wow, what a credit list!  And if there’s any setback with this Ghostface Killah project it could be that there are just too damn many creative voices all vying to make their impression, and the overall result is a book lacking any distinct authorial voice.  The story, such as it is, is entirely prelude and scene-setting, with a sense of where we may actually be going with the main story only vaguely alluded to by the time this first issue is over.  The book’s main saving grace is the artists.  Sadly, I can’t comment on who did what parts, as the various sections of the issue aren’t clearly divided, but they all bring with them a real stylistic flair that make this comic a pleasure to look at, even if the plot hadn’t quite taken shape by this early stage. 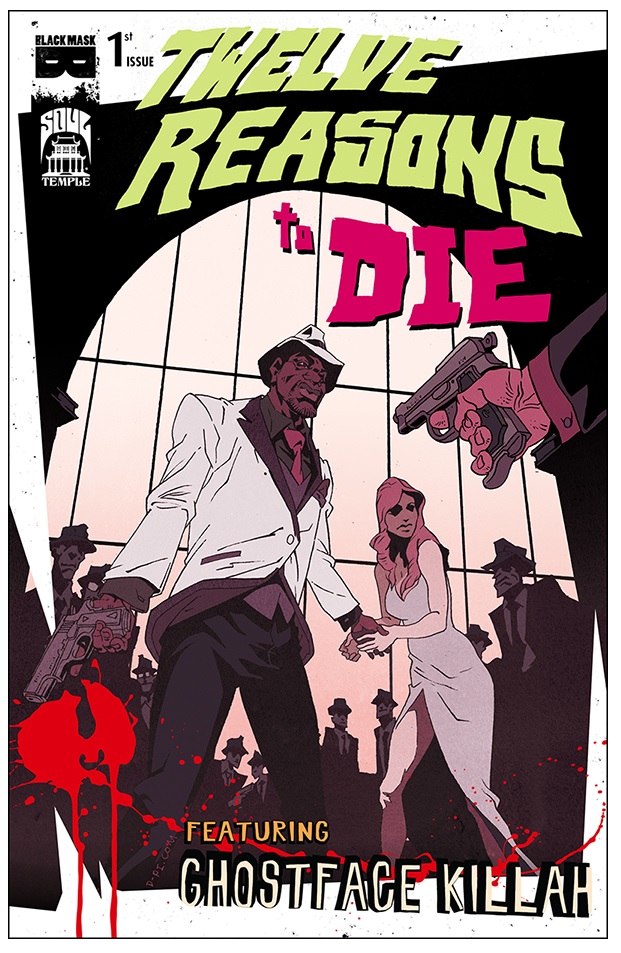 Twelve Reasons to Die #1 and other issues are available to buy from the Black Mask Studios official store.

Rowel Roque shows up again here, and his art looks much better in this comic than the one above.  Maybe the colours were indeed to blame, as in black-and-white here his lines are crisp and well-defined.  Tracey Claverie’s story also shows promise, balancing a skin-crawling portrayal of an emerging serial killer with the human cost of the trauma suffered by those left behind after a violent death.  If there’s something that hampers the whole production, it’s the lettering.  I just found it very muddy and hard-to-read, having to blow it up to the point where the pages were blurring before it became legible.  And at one point the letterer even commits the cardinal sin of including the script’s “stage direction” in the word balloon on the comic page, with a character saying “(Whisper)” before whispering to someone.  Oh dear!  An example of how subpar lettering can drag down an otherwise well-crafted product.

SCAR Unit, Vol 1 is available to buy from Amazon.